As a supplier and developer of PCD diamond tools for the serial production of aluminum components, TCM has already made a good name for itself on the domestic and international market in recent years.
In order to be able to meet the high requirements in terms of short machining times, high component quality and short delivery times, complex PCD special tools, which often combine several machining steps, have to be designed quickly and manufactured immediately.

In parallel, the market development shows that the model changes of the products and thus the throughput times of the aluminum components to be manufactured are becoming shorter and shorter in production. Before mass production, parts for sampling and initial assessment must be continuously manufactured. Even these few components must then be produced with PCD tools because it is the end customer who mostly specifies production conditions and the part quality close to the series production.
In such a case, TCM then only has 2 - 3 working weeks to master the tool layout, the tool construction and the PCD tool manufacturing.

TCM also supports many PCD diamond tools in the tool management area which must be constantly repaired in order to keep tool costs under control.
Most of our customers work with PCD tools in a 3-set system, i.e. one tool in the machine, one tool in front of the machine and one in the tool storage.

After a service life of several tens of thousands of parts, these high-tech tools can definitely be reprocessed and thus restored to new condition.
If one of the PCD tools breaks down prematurely due to a broken cutting edge, quick repair of the tools is essential. Tools often have to be repaired within 1 - 2 days to prevent production downtime.
The PCD cutting edges are reground or exchanged.

As a result of the high cutting values, chip wedges, contamination in the cast aluminum material, casting errors, but also due to vibrations during processing, individual PCD cutting edges can sometimes chip or break off. Regrinding is then no longer possible.
The broken cutting edges are exchanged, then new PCD blanks are soldered in and then ground to size again.
This means that the tool body can be reused several times.

That is why TCM and DIBO have been working closely together for many years to be able to react to these increasing market requirements.

In addition to regrinding and reprocessing PCD tools, a growing number of PCD tools are also being manufactured at DIBO.

A workshop was held at DIBO on July 7th, 2020 to reduce the throughput during the new production of PCD tools.
All TCM tool experts and designers, as well as the entire DIBO production team, were present.
The aim of the workshop was a technical exchange of experiences, the analysis of the current internal manufacturing processes at DIBO, the joint assessment of the individual manufacturing stations and the detailed optimization of the precision finishing.

During the tour of the production facility, the newly commissioned laser machine could also be examined for the first time. This investment in the future now enables us to deliver even more perfect PCD cutting quality to our customers. In combination with the machine's palletized tool magazine, PCD tools can now also be finished unmanned.

The main processing steps in the new production of a PCD special tool for fine bore machining are as follows:

After examining the current production processes and then jointly comparing knowledge, the following major improvements were worked out together :

Goal: TCM draws the PCD cutting edges in the correct size and design
With PCD tools, this is a major cost factor (surface PCD diamond)

Goal: optimal grinding quality and concentricity
Geometry optimization of the bevel (width, radius, diameter tolerance and taper)
to be able to achieve the best surface values in the future.

•    Alignment of PCD tools with compensation flange and module holder

Goal: Optimal alignment of the tools on the customer machine
Change of the balancing quality, coordination of tooldrm - tolerance zone for the workpiece 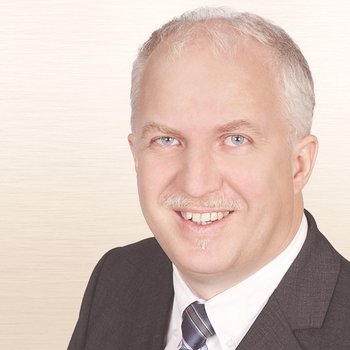 With more than 40 years of broad cutting experience, TCM is an attractive technology partner. 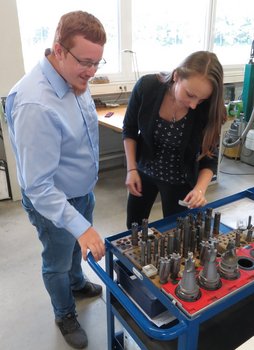 Workshop regarding PKD tools between Dibo and TCM. 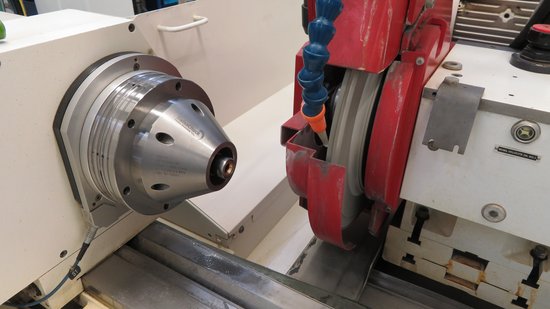 In addition to regrinding and reconditioning PCD tools, more and more PCD tools are also being manufactured new at DIBO. 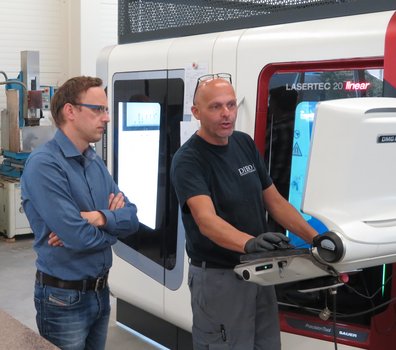