After 36 years at the helm of the company, Manfred Kainz is retiring from management and will in future chair the shareholders' meeting. Markus Temmel, the company's COO to date, will take over his role as CEO.

(Stainz/Graz, 01.02.2022) “After 36 years at the head of TCM, which I founded and built up together with my wife Anna in 1986, I am retiring from operational responsibility as of today and handing over management of the company. In the next few years, I will support the new management team, headed by Markus Temmel, in an advisory capacity as Chairman of the Shareholders' Meeting," says Manfred Kainz, commenting on the long-planned and prepared change at the top of the company.

Kainz can look back on an extremely successful entrepreneurial career with TCM. The "highlights" and significant milestones of the company's development include, for example, the first tool management in 1996 in Hungary (at GM in Szentgotthard'), the founding of TCM International in 1998, the move to China (2001), the founding of the TCM service center       (including the tool making and tool grinding shop) at Opel in Bochum (2005) and the acquisition of the companies Achterberg (2008) and WinTool (2015). TCM has been named “Supplier of the Year” three times by General Motors. TCM's involvement in founding the Styrian Automobile Cluster (AC Styria), whose founding managing director Manfred Kainz acted as its founding managing director, and its participation in Spielberg Neu Projektentwicklungsgesellschaft (New Project Development Company), whose work forms the basis for today's “Red Bull Ring” in Spielberg. Kainz: "I am fortunate to be able to look back on exciting years in which it was always important to me to be ahead of the curve. My employees and I have overcome crises and celebrated successes together. I would like to thank everyone who is part of the TCM team.”

Temmel at the helm of the company
Markus Temmel, who will head the internationally leading, technology-oriented tool management company with immediate effect, will be supported by a management team made up of long-standing, experienced executives. In addition to Temmel, the management of TCM International includes Christian Grinschgl (CFO), Wolfgang Lang (CHRO) and Julian Kainz (GF TCM Austria). Kainz: "It is particularly noteworthy that Markus Temmel and Christian Grinschgl started at TCM during their university studies and thus pursued their entire careers in the company." Markus Temmel studied information management at the FH Joanneum and started to work at TCM during his studies in 2004. Temmel has been a member of the management board since 2016 and most recently acted as COO and "Managing Director." Temmel concludes: "In recent years we have led TCM into the digital service age. In these challenging times, it is important to continue on the course we have taken. I am looking forward to the new task together with the management team!” 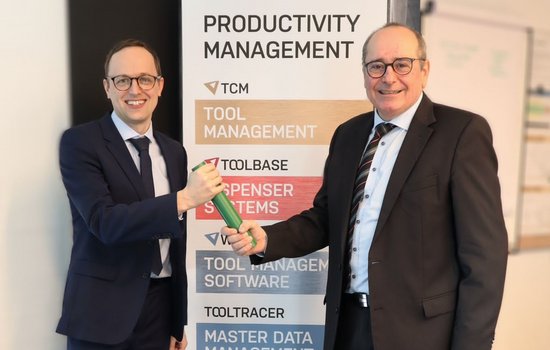