The company that revolutionized tool management

He is a pioneer in his field, serving clients throughout the world with his company TCM. In an interview, Manfred Kainz tells us about the beginning of TCM and how, thanks to an airport magazine, he landed a major contract that gave the company a huge growth spurt

Mr. Kainz, how did you perceive the beginning of TCM International??

We started as a tool dealer. But I soon realized that this market was extremely saturated. After manufacturers went into the market themselves to secure market share, the price war became more intense. At the same time, there were some development spurts in the late 1980s: More and more work was being done on carbides, new tool geometries were developed, and controlled machines including high-speed drives were launched. As a result of these events, tool service and coated grinding became more and more important.

That means the competence of TCM is the maintenance of tools?

Not only. The user market has begun to focus on core competencies, e.g. car makers on making cars as well as the establishment of complex productions all over the world. Around the world, from South America to Asia, automobile factories were suddenly set up to conquer new markets. As it is, large companies almost always cooperate with small ones in new markets and both the car manufacturers as well as the machine manufacturers and also the suppliers need tool service all over the world. And we recognized that as an opportunity and defined it as a business model. In other words, we started to offer the tools on the one hand and the tools for the tools, the grinding, the coating and the remanufacturing on the other hand. And, what the heart of the matter was: the customer pays only for each part produced. This is what made TCM for the first time really interesting for the markets.

You said the customer pays for each part produced. What's the advantage?

This can best be explained by means of a simple calculation model: If you produce 500,000 engines a year, you pay a defined price 500,000 times - that is transparent, traceable and above all, it can be calculated. Before that, you had to pay a high amount per tool and hope it lasts as long as possible.

How did the customers react to this new model?

The plant managers were very happy with that, precisely because of the calculability. In addition, there was a guaranteed percentage reduction each year over the next five years and the ability to negotiate. From then on, tool management was reorganized and secure. And all thanks to TCM. Our next step then was that we turned to the full service model.

What exactly is hidden behind this term?

Full service means that a tool manager is responsible for everything related to the tool. He makes it available on the machine, he adjusts it precisely, mounts and measures it. It's easier to put it this way: the customer uses it and gives it back. The tool therefore always remains the property of the tool manager while the customer pays for every manufactured finished part.

The move to full service has resulted in the reputation of TCM reaching the United States. How did that go when General Motors knocked on your door?

Of course, one is particularly proud when such a giant is interested in your own work. General Motors completely rebuilt an engine plant in Opel Rüsselsheim at the beginning of the 90's in Hungary. The desire of the Opel manager was to introduce the tool management in this factory according to the principle, as it was in Rüsselsheim where costs per part was considered, not as in America, where one usually acts as an integrator who simply provides the tools, adds 25% to costs and the consumption is the consumption, which can sometimes be difficult to calculate. For us it was the cost principle mentioned above, namely cost per unit. The representatives of General Motors were so enthusiastic about this system that they awarded us three times in a row as the world's best tool supplier. Of course that was an incredible boost for us.

Another success story began at home during this time too, namely the founding of the Styrian car cluster "AC Styria", in which you were not completely uninvolved.

The AC Styria was still under construction. At the initiative of the Federation of Industrialists, attempts had been made to raise the strengths of Styria and found it in the automotive industry. Because with AVL, Magna, Chrysler, but also a strong supplier industry from Upper Styria, this was an unequivocal field of strength. About 60 companies have agreed to join the autocluster. The public sponsorship became a limited company and TCM was one of the first shareholders and I was, together with Matthias Hartmann, the first managing director. From this car cluster, TCM has also gained experience for the auto industry, because in this network in connection with the spirit of optimism it was really easy to gain the knowledge that is required in the car industry and how these requirements are implemented.

Many successful entrepreneurs say that in addition to a good idea and a dose of courage, a little luck is often necessary to succeed. Was that the same with you?

Certainly, though I have to say that we had already established ourselves when luck appeared. The next growth step was certainly fueled by a bit of luck. As an active member of AC Styria we got the opportunity to report on our activities in the engine plant in Hungary in the Graz "Airport Journal". And that’s when luck came into play: the then globally active manager and leading engine expert in the production of General Motors, Prof. Dr. Burkhard Welkener, was a guest at a birthday party in the southern Styrian wine country and when he flew back home to Germany he read our article at Graz Airport in the "Airport Journal". The next day he called me and said, "You, Mr. Kainz. I'm building a new engine plant for Volkswagen in Poland, and I need tool management there as you do in Hungary. Come and let’s look at this together.” In my excitement, I agreed. I said: "Yes, I will come to you in two or three weeks. Where do I have to go?" The answer was: "To Salzgitter. But not in two or three weeks, we'll meet in Salzgitter tomorrow.” Frankly, I had no idea where Salzgitter was at the time and just said "Yes, I'll be there. "

So you flew to Germany one day later?

Yes that’s right. I flew to Salzgitter, we had our first discussion and half a year later an order for 50 million Deutschmark. It was fantastic. Then the question arose: how do we approach such a project in Poland? Of course, at that time we did not have this extensive project experience, so I grabbed a friend from the consulting scene in Graz, Christian Schmerzeck, and asked him to work with me to prepare the company in Poland. At the same time we also got some contacts from Volkswagen, e.g. to attorney Dr. Pawel Filipiak, friends, in turn, recommended Marek Polarski, who worked as a technician at Asea Brown Boveri and who was recommended to me as the managing director and with whom we then jointly established TCM Poland. Back then, I was not so active in the Chamber of Commerce and had no idea that there are foreign trade offices that I could have contacted. Although I knew trade delegates, I did not know what their job was at the time and so we started in Poland without having access to the excellent organization of our foreign trade centers – everything was done on our own. Thank God everything went well anyway.

In the years that followed, you and your team never got tired and kept evolving. In 2008, your "Toolbase" attracted a lot of attention at the AMB in Stuttgart. How does this work?

With the incorporation of the W. Achtberg GmbH we have gave ourselves and even wider base. Now, with TCM, it was not only possible to maintain the tools, but also to replace them unmanned immediately should a part become defective or too worn out. Toolbase's dispenser systems have taken our full service even further, the logistics chain has been perfected, and the tools and C-parts that can be used to equip the dispenser devices have been consistently available since then.

In addition to Toolbase, the company Wintool was also added.

Yes, Wintool has finally closed the circle of seamless tool management. WinTool AG has been developing software solutions for the successful completion of CNC production for about 40 years, increasing the productivity of a company and reducing set-up times and operating costs. The software delivers tools that are needed for a production order reliably and punctually to the machines being used. Combined with Toolbase's dispenser devices and TCM's analysis and process know-how, this is something like the ideal image of a complete tool management cycle.

In recent years, TCM has focused heavily on digital technology and processes.

The keyword Industry 4.0 has been on everyone's lips for some time now. We started early to combine our processes with the possibilities of the digital world. Meanwhile, we can proudly claim to be one of the pioneers in our industry. If we for example, analyze a company and its tool management needs, we create from each tool a digital twin. Tools have never been measured as precisely as they are today, enabling us to design, construct, manufacture and deliver precision tools in the shortest possible time. For us, this is the next logical step for a complete tool management with which we help our customers to increase productivity through innovative machining concepts. A goal we have pursued from the beginning and never tire of pursuing. 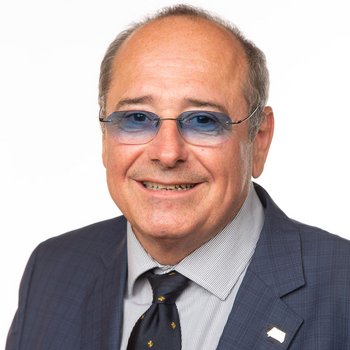 We started early to combine our processes with the possibilities of the digital world. Meanwhile, we can proudly claim to be one of the pioneers in our industry.